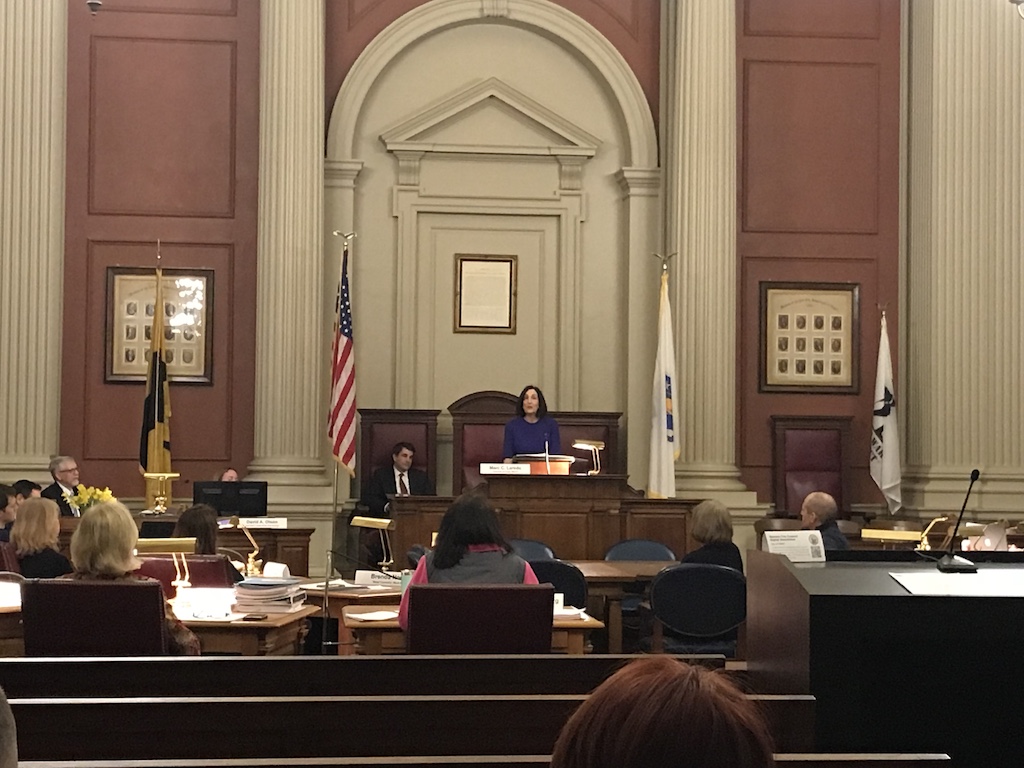 The priorities for Mayor Fuller and Newton’s top politicians include changes to zoning for business-friendly development, budget negotiations to water down union contracts and retiree pensions, and calls for consensus and “working together.”

NEWTON — The city’s new government is led by mayor Ruthanne Fuller of Ward 7, who won narrowly against her opponent Scott Lennon (Ward 1 Councilor-at-large) by 344 votes (11/07/2017). With few—if any—fresh ideas in pursuit of a clear vision for the city, and with only a 42% voter turnout, November’s election results appear to have cemented the priorities of the former Warren administration.

(Note: This piece was largely written before Mayor Ruthanne Fuller delivered her address on the state of the city on Tuesday, February 20, 2018. Although many subjects were mentioned in the address, its unmistakable vision was “working together,” which this piece criticizes.)

Over the several weeks since the mayoral inauguration on January 1st, mayor Ruthanne Fuller and city council president Marc Laredo (Ward 7) have offered their takes on the legislative agenda for Newton. A review of local media reporting following the election and the mayoral inauguration shows only slight attention to the least fortunate residents of Newton. Notably, the city’s top officials have made clear that the priorities of business interests and the elite are secure.

Statements by politicians urging changes to zoning (with all its complexities) send the message that what is good for business is necessarily good for Newton residents, and implies a causal relationship between business interests and the general welfare. Their statements do not mention that the kinds of businesses zoning “overhaul” is likely to attract have not delivered prosperity for American workers, particularly wage workers. In its report titled “The Low-Wage Recovery,” the National Employment Law Project notes, which readers should keep in mind, “service-providing industries such as food services and drinking places, administrative and support services, and retail trade have led private sector job growth during the recovery. These industries, which pay relatively low wages, accounted for 39 percent of the private sector employment increase [between 2010 and 2014].” The trend persists.

In the realm of finance and budget, another major focus, there are talks of upcoming contract negotiations with unions and the School Committee. The public hand-wringing and language used to speak about these subjects show the contempt city officials have for these social benefits. With the help of media, “retiree benefits liability” (01/19/2018) has become—by tacit agreement—the city’s great stumbling block to economic stability. Criticism for slashing (or the need to slash) retiree benefits is completely absent. Also absent are calls for the state of Massachusetts and Congress to control healthcare costs (preferably through a Medicare-for-all program) or the skyrocketing real estate and housing markets or the ever-growing burdens of personal debt and student loan debt.

Other agenda items are peripheral or throw-aways and were reported to the public with far less enthusiasm or commitment. These include updating streets and sidewalks, improvements to transit, affordable housing, and building a “‘top notch’ Senior Center.”

A critical assessment of the landscape would highlight more urgent failures of the city and greater society, issues that “it wouldn’t do” to mention. These are completely absent from discussion, without even token support in Newton government. For example, the economic blight of the city’s hourly workers, who deserve a living wage ($15 – $20 per hour) over the current $11 per hour. The subject of climate change has (in comparison to other issues) received insufficient coverage, despite it being the greatest ecological threat in history. With help from the state, the city ought to commit to a highly-publicized campaign for a rapid and uncompromising investment in 100% sustainable renewable energy and energy-efficient retrofitting of all housing stock.

The list continues: citizen oversight of the Newton Police Department (including the powers to reprimand, fire, and recommend prosecution); affordable municipal broadband; publicly-owned sustainable local agriculture (such as hydro- and aeroponics); a greater commitment to recycling (including packaging reduction) and a permanent commitment to composting; and so on.

_Village 14_’s Greg Reibman, however, did report (01/04/2018) on the alarms raised by Jim Cote (Ward 3) immediately following Laredo’s election to President of the city council. Short of coming to any definitive conclusions, Reibman leaves his readers to ponder whether it matters that “the city’s power base” comes from wealthier neighborhoods, namely “Newton’s southside.” He asks, “does where our political leaders own homes matter?,” clearly a question not worth asking (and one that reflects the prevalent practice of criticizing the optics of an issue rather its substance) by addressing the symbols of wealth and influence rather than the policies that create them. 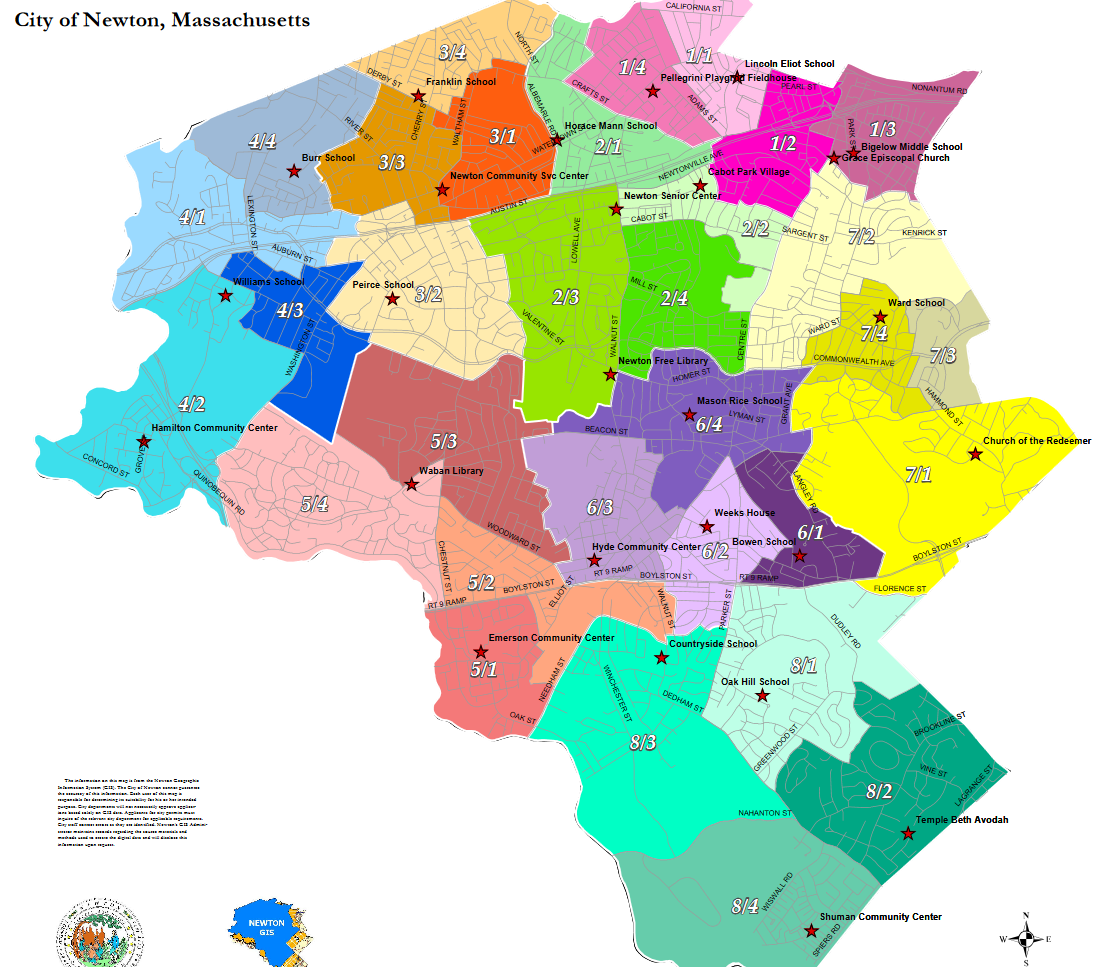 The recent resignation of Andy Levin from the Tab heightens the need for a more adversarial press. Residents might fare better if local media challenged the most powerful forces in local government (such as economic inequality and resulting undue influence on civic direction, and prevailing narratives that peddle in inevitabilities, including prosperity by capitalism), all of which narrow the window of acceptable debate. A key part is recognizing the systems, in and beyond Newton, that abet these forces and assessing what tools we have to fight them (FAIR 01/18/2018).

Calls for “dialogue” (11/10/2016), “consensus” (01/01/2018), and “open discussion and vigorous debate” (01/01/2018) are concerns over process, and they reveal a certain detachment from the needs of society. They also reveal the glaring failure of the local campaign season, which has yet to win the mandate of popular support (i.e. capture public sentiment) because of its lack of vision. Politicians should remember that campaigns are for dialogue and debate. 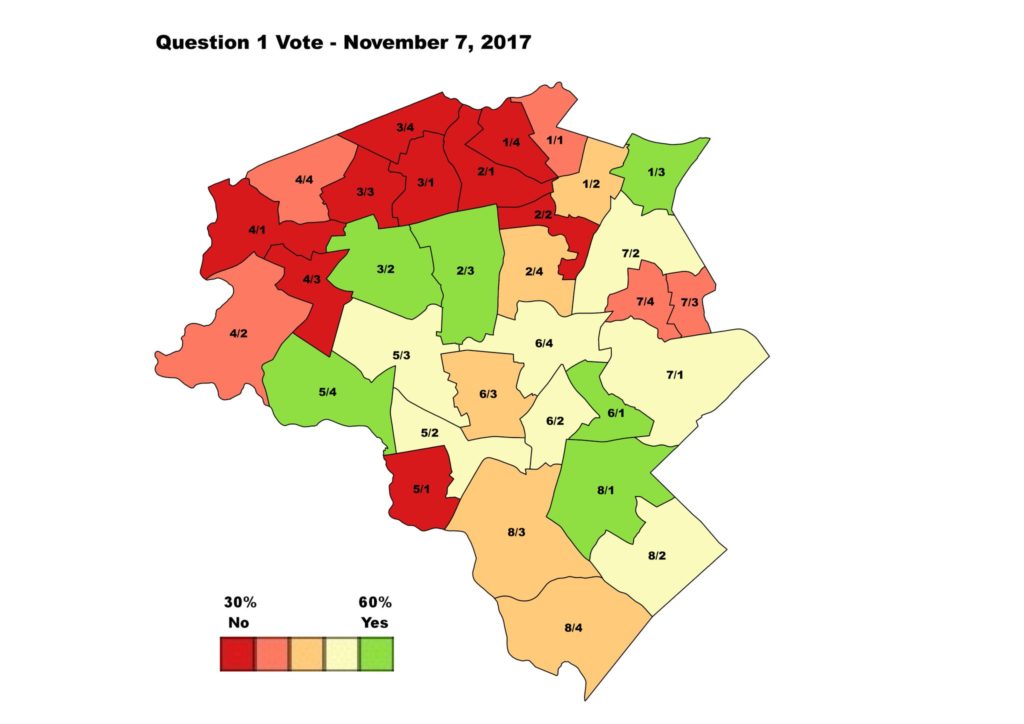 Residents—especially poorer residents—need solutions to the immediate problems in their daily lives, with fewer calls for consensus and platitudes like “planning the work and working the plan” (11/7/2017). Residents need people of influence to offer counter narratives to prevailing ideology and they need officials to issue public indictments of those who stand in the way of fundamental change. Writer Gabriel Thompson notes, “power is the answer to most community problems” (2007). The results of the election show clearly that a preference for local democracy (Figure 2) is far more popular than both Mayor Fuller and business-friendly liberalism.